I wanted to deploy my first “hello world” Android application from Eclipse on Windows 8 to my Google Nexus 7 tablet. I plugged the Nexus 7 into my development PC using the USB cable and then I used adb.exe to list the devices, but no devices were found.

The summary of steps I took to get the device to show with ADB:

If the Android emulator is running, it shows as the only device:

The first step is to enable the Developer options the Nexus 7. Go to Settings –> About tablet. Then tap the “Build number” 7 times! 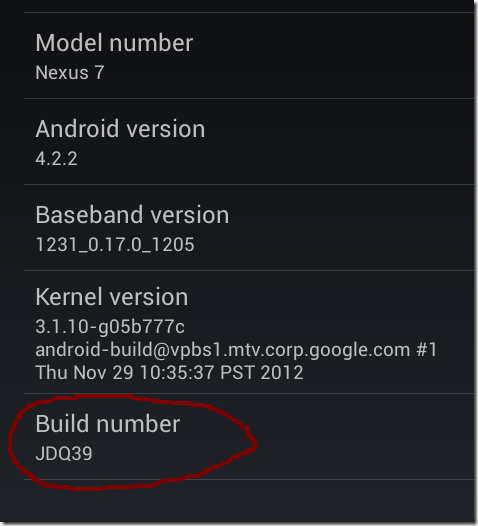 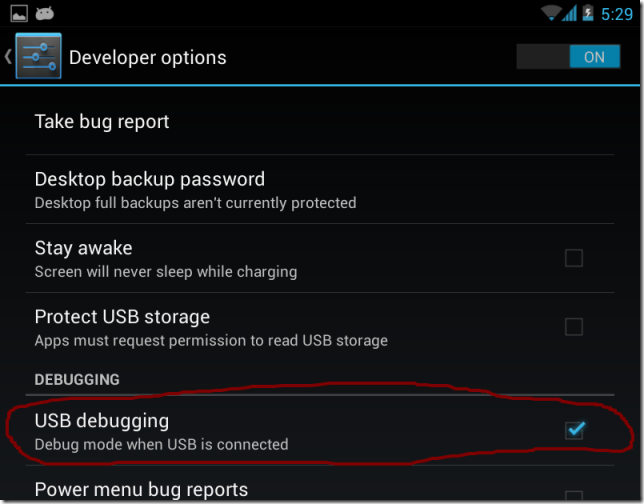 When you get the “USB debugging connected” notification, tap the “Connected as a media device” option.

The default USB mode is “Media device (MTP)”, change this to “Camera (PTP)”:

Find the “Nexus 7” device in the Device Manager under “Other devices”, then right click and select “Update Driver Software…”: 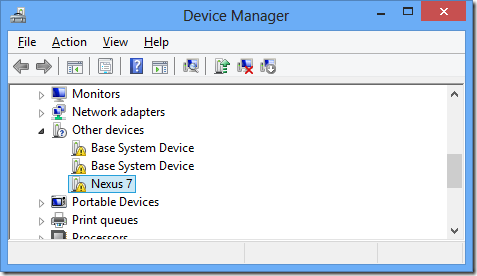 Provide the path to the Google USB Driver: 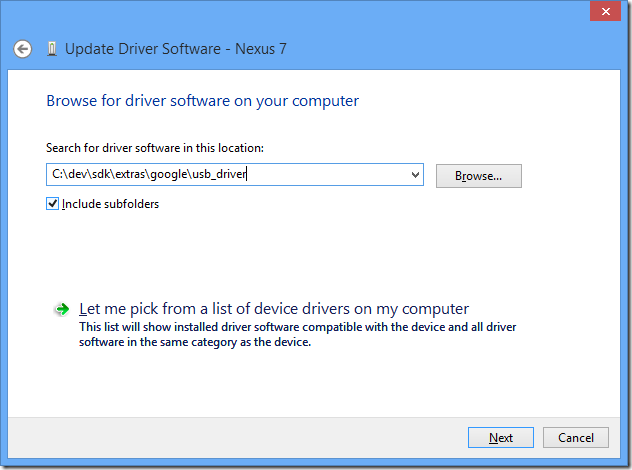 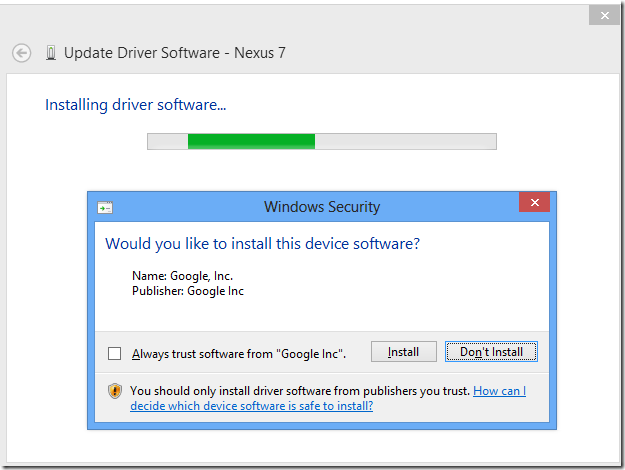 Now the “Android Composite ADB Interface” will show in the Device Manager: 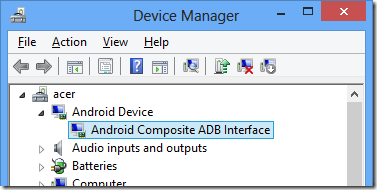 Run ADB.exe again and confirm the new device is available. It may show as offline:

If the device shows as “offline”, then make sure to confirm on the tablet that you allow USB debugging:

Now the device is online: