When I got my new Google Nexus 7 32GB/3G tablet, I immediately went to the O2 store in town and bought a prepay data Micro SIM for €20. (I actually first went to Carphone Warehouse, but they don’t have data-only Micro SIMs for O2). I went to the O2 website and activated the free 24 hour pass.

First thing I did was, I used the wee SIM ejection tool which was included with the Nexus, and plugged in the new SIM. Not too surprisingly, the mobile broadband didn’t just start working by itself. The Nexus showed the “H” mobile icon (HSPA) but the internet wasn’t working. I expected to receive an SMS text message from O2 to active the SIM, but nothing happened after waiting a few hours.

The next day, it occurred to me to plug the SIM into my iPhone 4S to see if I receive the activation SMS that way, but still nothing. I contacted O2 customer service (twice) and tried to explain my situation. Even though the second support person was completely unfamiliar with using the data SIM in a tablet, he did give me a good tip: a mobile data-only SIM doesn’t work at all in an iPhone, so even if the SIM had been activated, it still wouldn’t have worked in my iPhone, secondly, he reset the SIM completely, at which point I finally received the SIM activation code SMS on my phone.  Luckily that was all it took, I went to the O2 website and activated the SIM using the code I received in the SMS, and put the SIM back into the Nexus tablet. But still no internet on the tablet.

(As a side note, after the SIM was activated, my iPhone automatically sent an SMS to some +44 international number, which cost me a few cents, at which point my €20 prepaid credit was no longer enough to activate a 30-day pass, so I had to buy €20 more of credit, but that’s another story).

Next, it occurred to me that I probably need to configure the internet settings specifically for O2 on the Nexus tablet (DNS, O2 Ireland APN and that stuff). After a little bit of Googling, I found a few APN tips for other types of modems and after some trial and error, this is what worked for me. 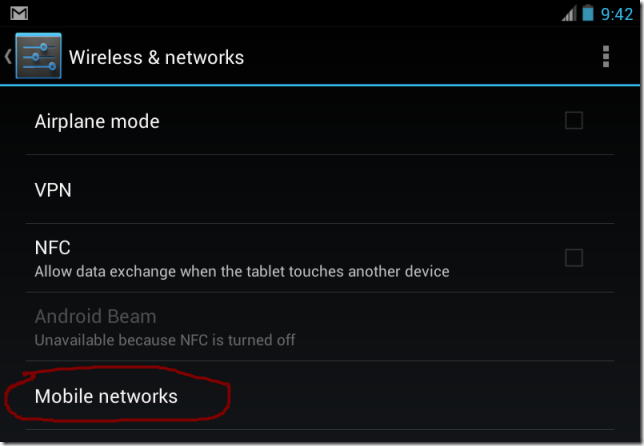 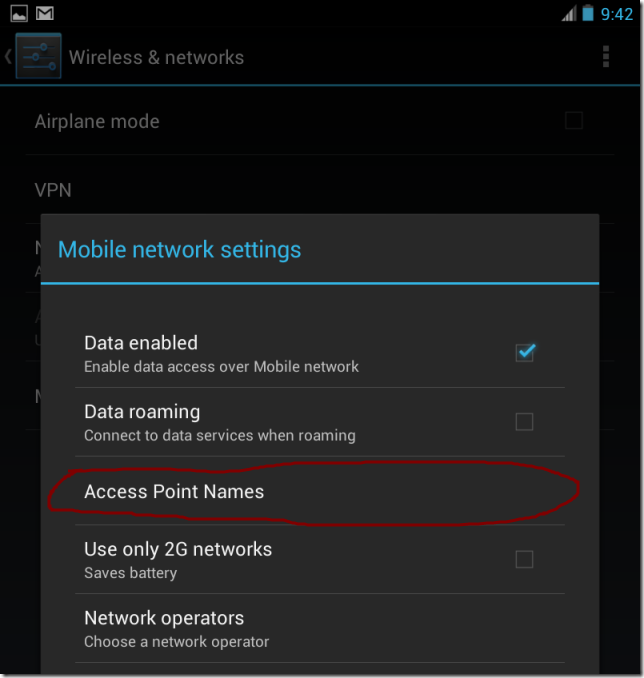 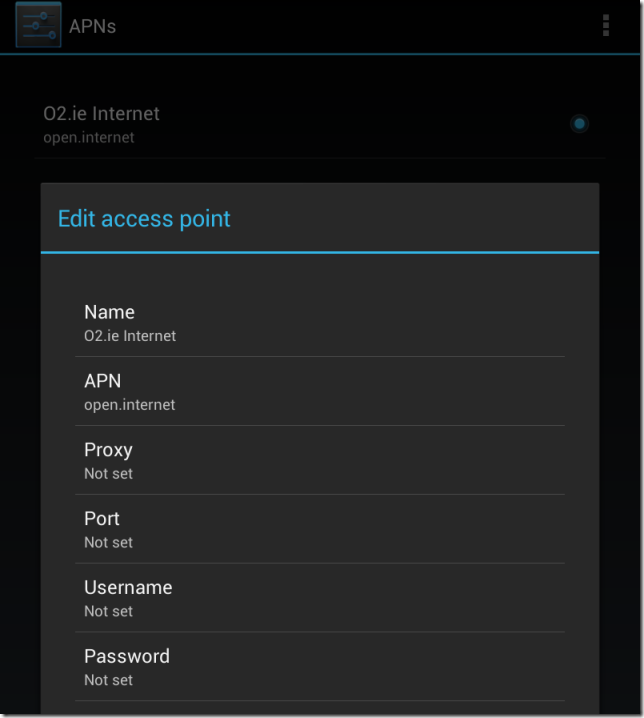 After adding the new APN and returning back to the “APNs” setting screen, I believe I had to check the radio button next to the new “O2.ie Internet” APN setting to enable it.

And that’s it! Now your O2 mobile broadband will work on your Nexus 7.